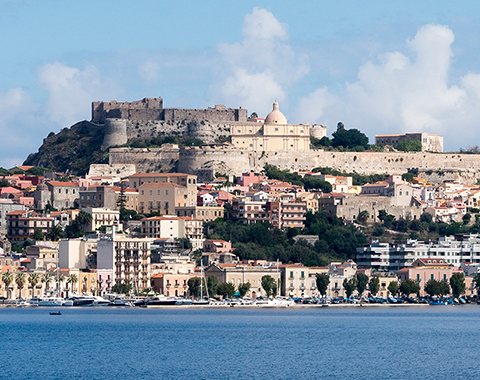 Milazzo is a famous seaside resort, which lives its own moments of glory in the summer. Its coastline, among other things, is one of the longest of the entire island of Sicily. The town also offers cultural and artistic attractions. The old part of town is the small village that was once Milazzo, with the citadel and the ancient walls to dominate from the medieval quarters that unfold along the center of town. The citadel was fortified during the Arab period, although its defensive function had already been functioning with the presence of the Greeks, who had made Milazzo a lively acropolis. A place of absolute interest in the village is the Shrine of St. Francis of Paola, the church built by the saint himself in 400 A.D. Particularly beautiful are the exterior facade, curved and richly decorated, and the inner chapel of Jesus and Mary, where there is a statue of the Madonna from the second half of the fifteenth century. Also in the historic town are the Palace of the Viceroys, built in the eighteenth century, largely dominated by the Baroque style, and the Church of Our Lady of the Rosary, which until 1783 was the seat of the Inquisition. 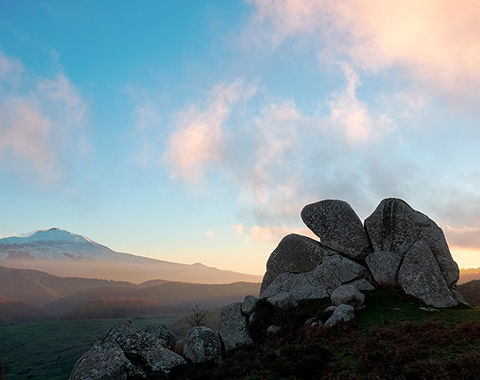 Crowned by a majestic castle, surrounded by woods that smell of thousands essences is one of the most ancient and evocative of the area Nebrodi, rich in history, art and traditions. It is predominantly an agricultural center. Mainly cultivated products are grapes, cereals, chestnuts, walnuts, hazel-nuts. The typical dishes are stretched hand macaroni and meat sauce seasoned with pork, mutton and goat meat. More important is the production of sweet almonds, hazelnuts and biscuits typical of Easter. The most interesting monuments are the mother church, now known as the Minor Basilica and the Church of St. Catherine. Interesting to see are some beautiful Baroque portals: Portal home Messina Ballarino, Portal home Mastropaolo and also the Fountain of Gattuso. 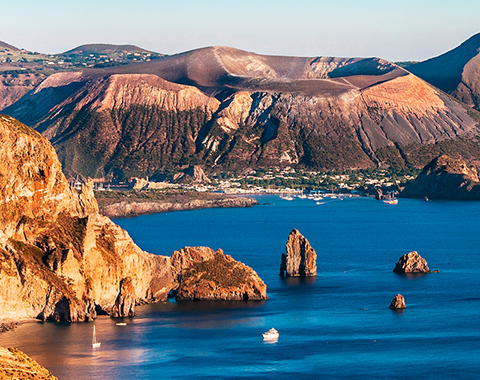 Lipari Islands, better known as the Aeolian Islands are a volcanic archipelago off between Calabria and Sicily in the Tyrrhenian Sea, belonging to the province of Messina, however. The name comes from the Aeolian Islands God Aeolus, king of the winds. According to Greek mythology, Aeolus took shelter on the islands and named them, thanks to its reputation as a tamer of the winds. He lived in Lipari, and could predict the weather by observing the shape of clouds puffing from an active volcano, Stromboli probably. Two of the seven islands are active volcanoes Stromboli and Vulcano, mind the others are secondary and are subject to volcanism: Alicudi Filicudi, Lipari, Panarea (which consists of basaltic islets of Basiluzzo, Dattilo and Lisca Bianca), Salina. The Aeolian Islands are easily accessible both from Sicily from Calabria, by sea, with special hydrofoil from various tour companies, and by air with helicopters. Awarded the designation of World Heritage by UNESCO, is estimated to arrive in the Aeolian Islands about 200,000 visitors a year. The Aeolian Islands, in addition to summer tourist destination, is also inhabited during the year. The Aeolian Islands offer visitors an unspoilt nature, breathtaking scenery, backdrops of immense beauty and crystal clear sea. 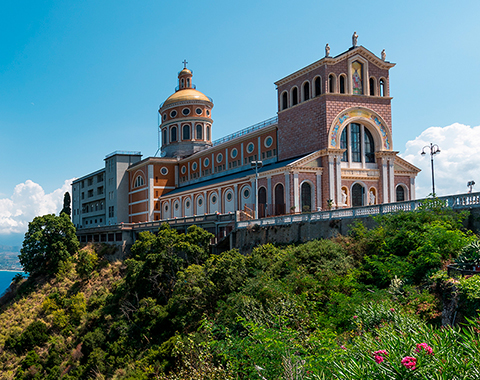 The Greek city "Tyndaris" was founded in 396 BC by Dionysius of Syracuse as a stronghold of his domain on the Tyrrhenian coast. Of great interest as well as in Madonna's black Tindari, are the archaeological finds that can read in any way its ancient history. No temple is found in the ruins of ancient Tyndaris, yet the pantheon tindaritano is rich and colorful, as it is clearly demonstrated in its emissions coin. Tyndaris remains of ancient ruins, impressive and important that we bear witness to its past grandeur: the large external walls of the city, the Roman amphitheater, the basilica, baths, houses and streets with important mosaics, the museum that preserves archaeological interest. Incredible is the view that can be seen from the main square, which overlooks the lakes of Marinello, nature reserve and unique landscape. 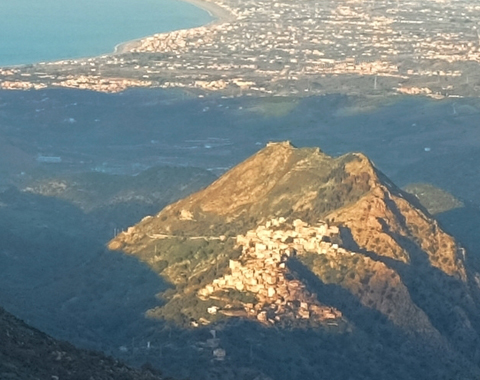 Planted on a quaint hill, a few kilometers from the Tyrrhenian coast, lies the village of Tripi, one of the oldest and most charming place in the Nebrodi center, quiet and secluded, rich in history and traditions. Some of the territory of Tripi, falls under the Nature Reserve of the "Bosco Malabotta". The village is surrounded by majestic mountains and the ruins of an ancient castle where to admire a powerful and beautiful landscape. On the other side of the marina is an open expanse of the Tyrrhenian Sea, with the promontory of Tindari, Cape Milazzo, the Aeolian Islands and the scenary of Etna on the south-west. Expanses of olive groves, vineyards, oak trees, almonds, walnuts and citrus encircle the small hill town and stretch, accompanied by lush broom, to Campogrande. 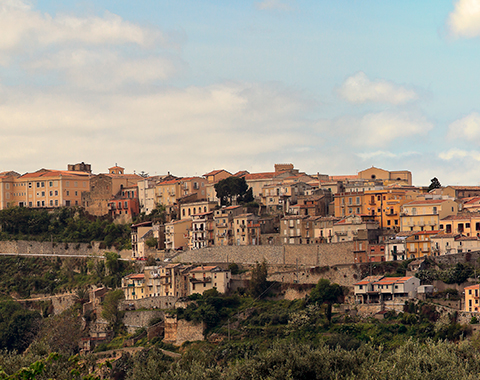 Perched on a spur of Peloritani, the town of Castroreale is surrounded by a ring of hills sloping to the north, leaving open between the Cape of Milazzo and to Tindari and Cape Calav?, broad vision of the Tyrrhenian Sea, from which of mists and vaporous curtains, emerge with their shapes more or less distinct islands of the Aeolian archipelago. The sunsets are always spectacular, especially when the horizon turns red and the sea turns into a crucible of molten gold shiny. But also interesting are the visions that the historic center offers the visitor with dignity and appealing that aspect that derives from its construction, some minor, but for the most respectful of the original medieval town planning and environmental characteristics. 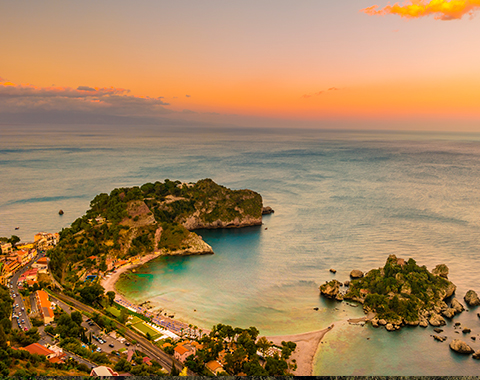 In addition to the charming old town, Taormina we admire: the famous Greek Theatre, a majestic building of Hellenistic completely rebuilt by the Romans, is the second theater Sicilian amplitude (after that of Syracuse) and is home to numerous cultural events; Church of St Pancras, built on the ruins of the Temple of Serapis and keeps inside interesting works of art; the Cathedral of St. Nicholas, built in the thirteenth century, was completely restored in the eighteenth century, and today contains many works of art from the XV-XVII; Castle of Taormina, located on a hill that dominates the whole city is an old building has now been reduced to a state of ruin; the Roman Odeon, built in the Hellenistic age imperial on the remains, is located in the back of the baroque Church of St. Catherine; the many city gates, among which include Gate and Middle Gate Catania, the two oldest in the city; the palaces, living witness of the glorious past of Taormina. 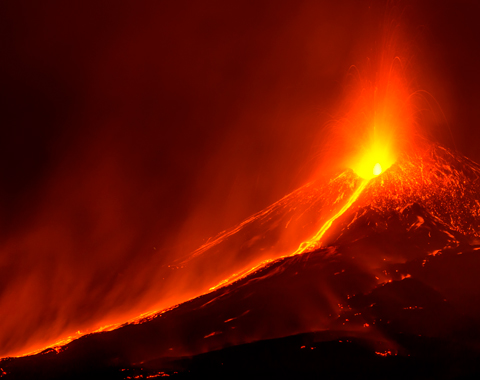 Etna looks like an isolated grand monument with its smoke resembling a a decoration against the background of a great blue scenic canvas bearing painted decorative clouds. There are so many aspects that need to be known in the only truly possible way: exploring it with a lot of energy , patience, love . Etna is the highest active volcano in Europe , has a diameter at the base of well over 40 km and it is 3350 metres high . Etna, with its frequent eruptions, ranging in duration from a few days to a few years, is constantly changing. 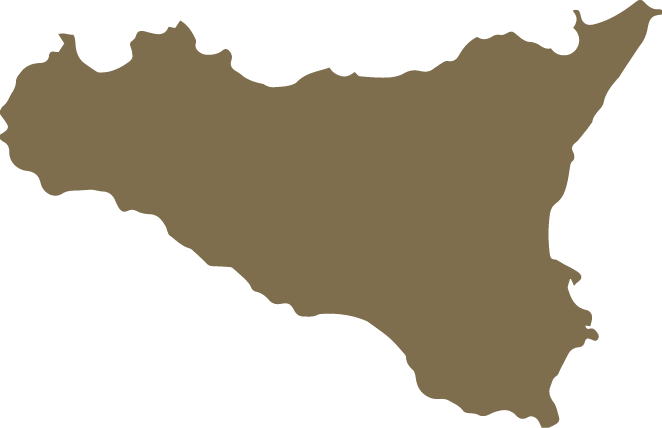